Turmoil is a simulation game that takes place during the 19th-century oil rush in North America. The general premise of the game is you dig for oil. If you do that well, you make money and can then purchase tools or upgrades to help you get more oil. The game was originally released in 2016 but is now available on the Nintendo Switch.

There are different types of land to pump oil from; plains, snowy mountains, deserts, forests, and an island. Each type of land has a different hurtle or functionality that is added to the process. For example, in some land types, natural gas pockets are underground. If you're strategic with pipe placement, you can route that natural gas to a seller. This boosts the selling price of oil for a short time. In each level, oil is sold to a building on the left or right of the screen. The market price listed on these buildings fluctuates, so you'll want to be careful when and where you decide to sell your oil. 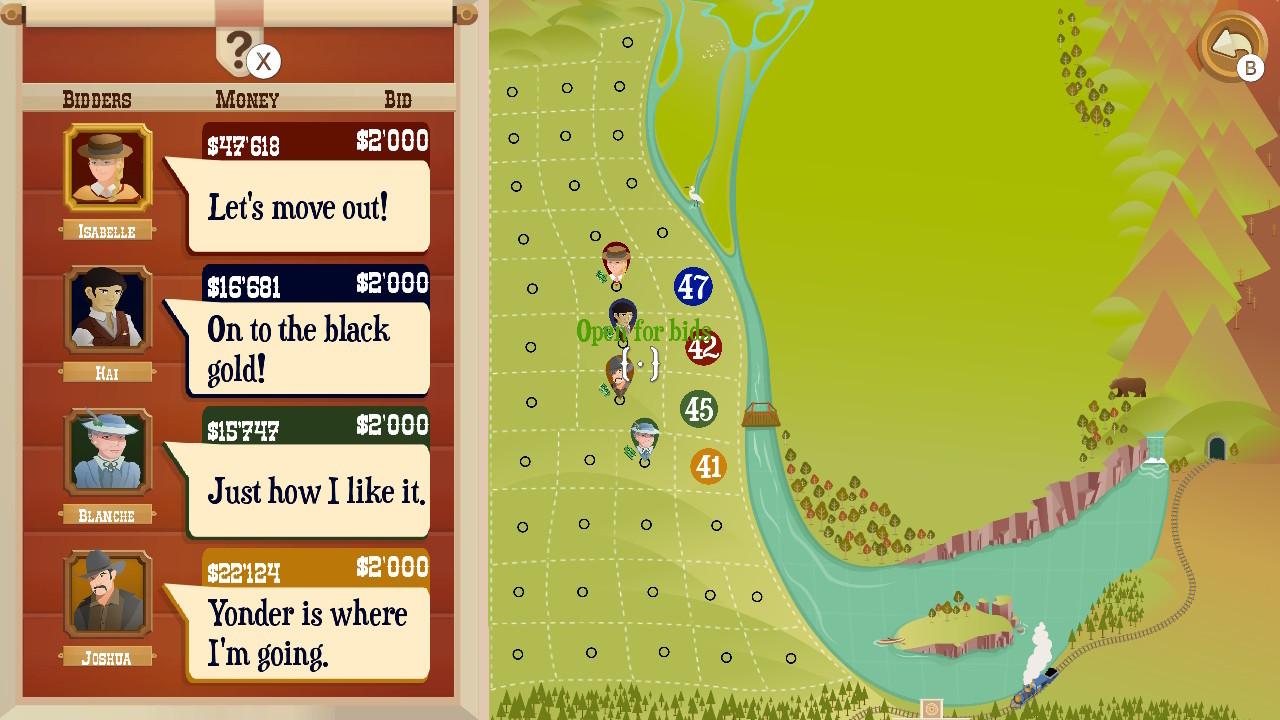 To play the game, you can either play in campaign mode or a single level. This single level includes all tools in the game and allows you to fine-tune your strategy and efficiency at collecting oil. In campaign mode, you have four other competitors. You must bid against these competitors to select land to farm oil. After a few levels, you also bid against the competitors for stock in the town. The first character that owns 50% of town stock becomes mayor, and you win the game. After you win campaign mode, you have the option to play a more intense campaign involving hot magma, and each competitor has a special ability. 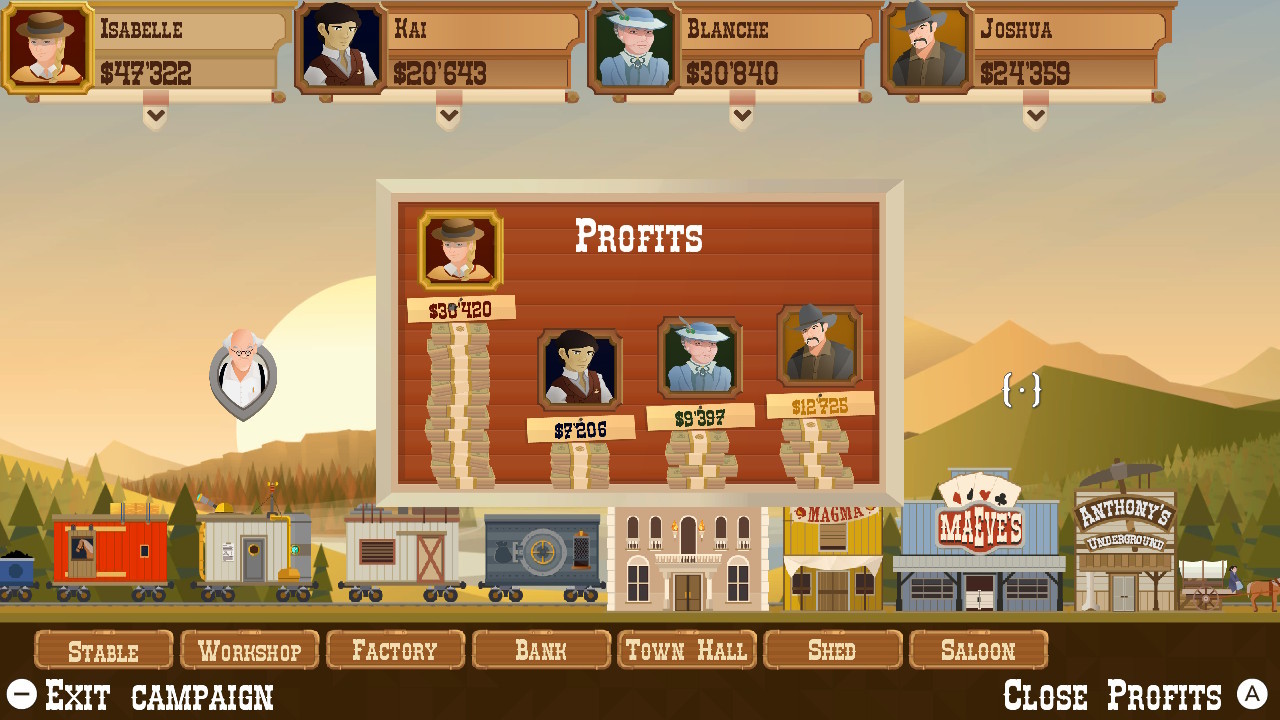 I enjoyed each level on its own and trying to become more efficient every time I had a fresh piece of land. I enjoyed the singular level mode more than the actual campaign. I like the art style! It felt appropriate for the theme, and I'm always a fan of that simple flat illustrations.

Unfortunately, this review mostly suffers due to the controls/UI issues. Anytime I have to repeatedly think about what buttons to click, it ruins a game experience for me. The controls didn't translate well from PC to Switch and aren't as intuitive as you would expect from such a simple game. Even the touch screen causes frustrating moments. One example is there may be a button with a small "A" in the corner. You’d assume you can tap "A" to select it, but that doesn't work. You have to use the joystick to move to the cursor to the button, then press A for it to work. Another frustrating example is placing and upgrading pipes. The cursor seems to prefer snapping to the pipe joints rather than the pipe itself. Also, when using the touchscreen, you can tap on a pipe to upgrade it, but half of the time, the game would build a new pipe. There is also no way to destroy a pipe either which was irritating when mistakes like that would happen.

Anytime I have to repeatedly think about what buttons to click, it ruins a game experience for me. 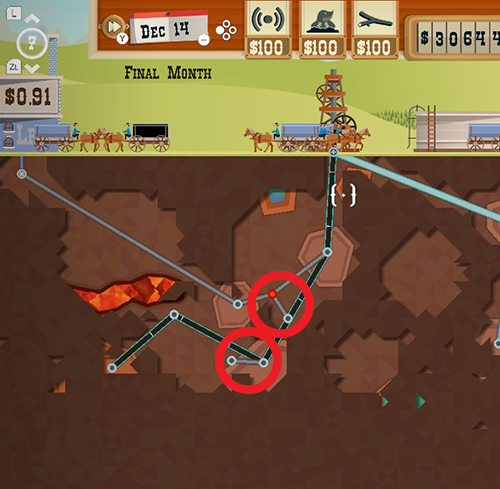 Example of what happens when tapping on the screen to select and upgrade a pipe, but the game builds a pipe instead.

Overall the campaign felt pretty flat and extremely repetitive. You buy land, dig for oil, sell oil, buy or upgrade tools, bid on town stock, then go off and do it all over again. There's no other story element involved. I was expecting more depth, a story of some kind between the competitors, or some form of shady business happening in the town. None of that exists. I would have liked the opportunity to invest in businesses, to change their look or improve them. Instead, as you play through the levels, new buildings would show up in the town to offer new tools or upgrades, but that was it. There was no customization or opportunity to improve them. Allow me to invest in the town and customize it so it's a town I want to be mayor of!

I give Turmoil for Nintendo Switch a 2.5/5. I did enjoy the first 8 hours of the game but after that it felt very repetitive, and compared to other simulation tycoon games this one falls flat. The campaign could have had a more engaging story, and I didn't feel it was necessarily "tongue-in-cheek". The Switch port controls did not translate well and became very frustrating at times. On PC, I believe it would be a better experience since the game is not built for console controls. The game is available in the eShop for $15 and includes all DLC, but if you still want to give this game a try I would recommend trying the same game bundle for $15 on Steam.